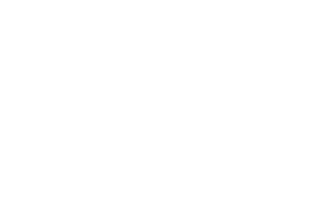 A $13.4 Billion healthcare organization in the Northeastern US, one of the largest in the nation, was facing the major problems that come with having a large and fragmented IT team. When incidents happened that involved issues that spanned multiple different teams’ scopes would be pushed around between teams. This “passing of the buck” resulted in multiple incident tickets being created for one incident.

Each team had access to their own unique tools to work with their particular area of the IT infrastructure, with little crossover between teams. So, when a major outage happened, multiple alarms went off from multiple different platforms that signaled different issues. As a result, teams were working in parallel troubleshooting with little communication. Some of their troubleshooting operations were redundant resulting in a loss of time and money.

Netreo consolidated 30 different NMS platforms into Netreo’s single platform in less than 90 days. This allowed the IT department as a whole to have a single global view with each team having their own personal views with information that is relevant to them. Each team still had its own tools, but they all came from a centralized source. This made their root cause analysis process faster and easier.

Netreo’s consolidation effort allowed the number of servers to be reduced from 40 to 3. It also allowed automated system reporting which was not available through any of their disparate platforms.

The organization’s alerting system also was through Netreo. Meaning that the IT department as a whole received the same alerts through the global dashboard. As a result, the teams that made up the department were able to communicate more efficiently and work together in a seamless manner.

The Result By The Numbers

The organization’s implementation of Netreo brought immediate and significant results. The time it took to complete root cause analysis reduced by 83%. Their device onboarding process went from taking days and weeks to take minutes. Netreo reduced the Mean Time to Resolution (MTTR) by 45% and reduced their ticket creation time. As a result, they were able to cut their IT operating costs by 45% in the first year, and by the third year, they were able to cut costs by 75%. In short, Netreo provided the backbone for a functioning and cooperative IT department while also cutting costs.