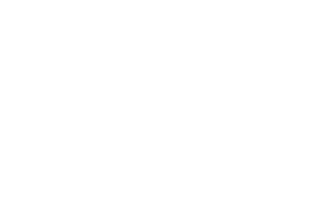 Supermarket Chain Shifts from Disparate Tools to a Unified View

A $31 Billion supermarket chain with over 370 locations across the Southeastern United States was facing some major challenges regarding its IT infrastructure. A lot of their problems stemmed from that over the years their NMS platform had evolved to include a plethora of different tools for individual silos and to approach specific problems. As a result, they had acquired an excess of disparate tools with no consolidated view of the environment. This often happens when a team creates a foundational IT infrastructure with no room for upscaling or growth. As a result, the enterprise was spending time and money to train their employees on how to use their complicated and unconnected tools to manage and fix the system. In essence, the enterprise needed somehow create a consolidated view of their environment and implement changes that would allow for a smoother scaling-up process.

Netreo was able to unify the system under a single product line that allowed for upscaling. Initially, they were monitoring about 5,000 devices in their network and Netreo allowed them to view a larger subset of their devices, increasing the number of monitored devices to 17,000 initially; currently, a few years later the number of monitored devices is approximately 50,000.

Because of this consolidation, they now had visibility to their long term trends and were able to automate routine processes. For example, before Netreo’s implementation, a routine password rotation would take days or weeks and a whole team of engineers to carryout, but now with Netreo, this process happens in minutes and with no manpower. The automation of routine processes allows all the configuration requirements to be met at all times.

The Result By The Numbers

The supermarket chain commissioned a time and motion study and found that consolidating all of their platforms into Netreo’s easy to use UI increased efficiency by 77%. With the disparate, hard to use tools no longer in use, and with Netreo’s platform being intuitive and self-taught, they were able to slash their training budget by 98%. The reduction in the training budget alone paid for their Netreo subscription. They were also able to cut the server and admin footprint by 95%. In short, they saw an immediate and significant ROI in their implementation of Netreo into their environment.